Jeffrey is the founder of Boost My Profit. He is a 16-year veteran digital marketing entrepreneur, a coach, consultant and a mentor. "I help eCommerce businesses to boost their profit through consulting, paid traffic and conversion rate optimisation."

How To Get Attention And Customer Or Client Loyalty 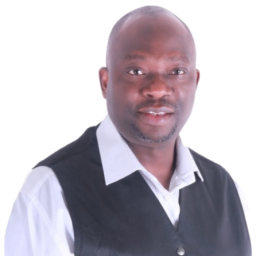 There are three important elements that influence our memory. They are:

Now, let’s imagine that there is a group of people that you’d like to have remember you maybe your customers/clients or your prospects. Needless to say, you don’t want them to remember you as the person who bites them on the leg every time they see you. However, you do want to be remembered as a person who had a huge and positive impact on them.

What is the most profitable frequency to mail your customers, clients or prospects? Well, according to the man who has written more direct mail than anyone else, including the most effective sales letter in history – over 8 million sales from 160 million letters mailed (By the way, his name is Gary Halbert and he lives in the USA).

[thrive_headline_focus title=”The Answer Is About Every 21 Days!” orientation=”left”]

That’s right. About every 3 weeks. Surprised? Gary explains that if you wait any longer than 21 days, most of your customers, clients or prospects are likely to forget you. And, f you write more often than that, they may get tired of hearing from you.

The question is what do you send and how do you handle the area that has most scope for improvement. What we’re talking about is Impact. Excitement. Drama. Intrigue!!

These are the areas where you can easily leave your competitors for dead – quaking in your tracks – “YES”; you want letters that your customers, clients or prospects can’t ignore. Letters that jump out of the pile of mail and says, “Read Me!” “Read Me!” Letters that grab your reader by the eyeballs and hold them till reach for their wallet, credit card or cheque book … and with a smile! Now, we want you to read this next section very carefully…

Most people worry too much about offending people by being too dramatic, when the truth is, you are almost never dramatic enough.

Your reader is being deluged by over 3,000 commercial messages every day. Billboards, TV ads, Junk letters – you name it. Their mind is far too busy with other concerns than to worry about your letters. That is, unless you make your letters memorable. How do you do that? Well let’s give you a couple of simple examples.

Let’s say you’ve just made a sale and captured your customer or client’s name, address, phone numbers and other details. You’re doing that aren’t you? Believe it or not, that customer is the best prospect for another purchase of the same or similar products or services, in about the same price range.

What this means to you, is that if you play your cards right, you are the one they will spend their money with again and again.

Now is your big chance to immediately stand out from the crowd and impress upon your customer or client that you’re more than just another, “grab your money and run merchant.” What’s the first thing you can do? How about a thank you letter? When is the last time you got one of those? And, what should you do to get impact we’ve been talking about. How about this……..

As you can see I’ve attached a gift voucher to the top of this letter.

Why have I done this? Firstly because I wanted to say thank you for shopping with us, and secondly, because I’d like to see you back in our factory/store/business soon. I was talking to Andrew and my partner about the xyz item you bought. It’s one of our most popular lines. You’ll find it lasts twice as long than any other comparable items.

I’m sure you’ll be really happy with it. Anyhow let me say once again thank you and I look forward to seeing you again soon.”

I was. That’s why I bought you the attached lottery ticket. It’s my little thank you for shopping with us …. And so on.”

Another letter could be in a big envelope and the next one in a small envelope. Or, one of the most effective mailers of all is – what if you or someone you know, wrote an ‘article’ about your company, product or service. And, what if you reproduced it on newspaper stock paper – printed on both sides to make it look as if someone tore it out of the newspaper – then you attach a yellow post-it note with the words …

I thought you’d want to see this.”

Of course the person receiving it has no idea who sent it because it’s only initialled and comes in a handwritten envelope with a real stamp on it. Any envelope with a label on it is asking to be ‘junked’. The more personal your letters look, the more impact they have. Sending letters works – an will add enormous value to your business as well as to your customers, clients or prospects.

The thank you letter alone increased one business by 33% in just 3 months.

What next? What other ‘attention grabbing’ tactics do we suggest? Well, there are a number of ways you could give your letters the attention they deserve. You could attach a lolly or a bag of jellybeans.

I rescued these. My partner has an extremely sweet tooth and he was going to eat them all.

Luckily I thought of you. By the way we have some of those xyz widgets you liked in stock …..”

[thrive_headline_focus title=”The Important Thing Is To Do Something.” orientation=”left”]

Here’s a true story about the power of direct mail. A few years ago there was a hugely successful sting operation to capture dangerous criminals in Washington, USA. Here’s what they did …..

The city police department mailed 2,300 letters to the last known address of the city’s most wanted criminals. The letter informed the recipient that they had won a couple of tickets to the equivalent of our FA Cup. Reserve box tickets with food and drink included.

The letter had a fancy letterhead titles The CRAN (‘Narc’ spelt backwards) Football Promotion Association. Mr Detnaw signed it. (‘Wanted’ spelt backwards). Well guess what? Over 100 fugitives including three murderers and ten armed robbers turned up to collect their tickets.

They were all gathered in the sports hall for a grand prize announcement. The city’s police chief was at the front in top hat and tails entertaining them. Then came the big announcement. Except it wasn’t what they’d been expecting …

“You are all under arrest.”

Said the police chief as the special squad burst in and sealed the exits. It made the evening television news and was hailed as the most successful ‘sting’ operation ever.

Direct Mail Really Works! Use It.

Jeffrey is the CEO of Boost My Profit. He is a 16-year veteran digital marketing entrepreneur, a coach, consultant and a mentor. "I help B2C businesses boost profit with digital advertising".

Whether you’re looking to bring in new website visitors, increase sales, get the phones ringing or keep customers coming back for more, Boost My Profit can help you achieve your marketing goals.

Please log in again. The login page will open in a new tab. After logging in you can close it and return to this page.